Wow. A lot has happened in the last two weeks.

We went to Albuquerque, New Mexico to visit Matt's cousin Michelle and her family -including her son, Luke, who turned 2 while we were there. Isaac and Luke got along GREAT!

Here's a video of Isaac and Luke playing with Luke's new tractor.

Matt stopped off in Salisbury at Heidi's dad's house and picked up all the stuff we left there - some from Houston a few weeks ago and some we left there before we went to Guatemala. Many thanks to Heidi's dad for storing all that stuff and for helping us get it all to Greenville (our new home).

We moved all of the UHaul stuff in on Monday and Tuesday, the moving van came on Thursday, and by Friday we were "functionally" moved in. Decorating will still take some time.

Saturday was the annual Luau at Heidi and Todd Durham's house - and we got to have lunch with our new landlord. We found the house we're renting on the internet (imagine that) and had never met Chris, other than by email.

And in ACTUAL news, Isaac is now walking. He also learned how to clap this week...

Here's a video of him walking.

This coming week is more "move-in" stuff, then Matt starts his journey back to Guatemala (via Atlanta where a friend is getting married).

If you'd like to know more about the trip back to Guatemala, please read the Allison family blog at: www.allisonfamilyinguat.blogspot.com

Okay, gotta run! Isaac's walking now so he's a lot faster than he used to be!
Posted by Agape In Action at 3:43 PM 1 comment:

We're back from Beach Week and on our own computer now, so here are just a few of the many pics we took.

Isaac took his first steps on 8/8/08 - while Daddy was running an errand. He hasn't really walked since - he still prefers to crawl - but "the step" has been taken.

We're in Durham, NC with "the other Heidi" for a few days, then we head to New Mexico to visit Matt's cousin Michelle and her family.

Then Heidi and Isaac return to NC and Matt goes to Michigan for a few days.

We take possession of our new rental house on August 18.

Then on September 8, Matt and Don Allison begin their drive through Mexico to Guatemala. Matt will fly back a week later - assuming they've made it there by then. 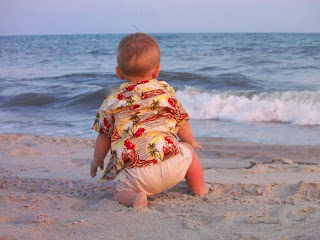 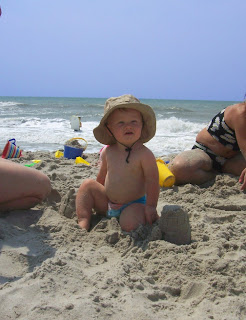 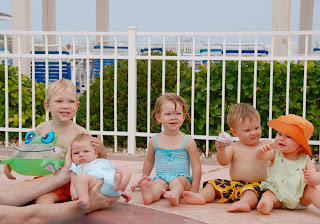 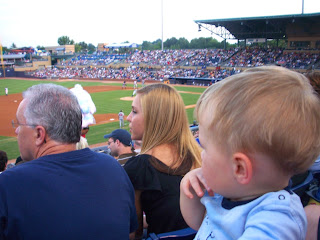 As you can tell, our posting will probably be a little less frequent for a bit now.

Matt and Martin spent a few days in Houston, each taking care of some personal business. Martin actually spent a day working on the 4Runner, changing out some things that we knew were ready for that.

Thank God he suggested that we change our water pump and timing belt. Even though the truck only has about 67,000 miles, the timing belt was not going to last much longer! But there's a new one on there now and we're good to go.

Wednesday evening, we loaded up a Penske truck with Matt and Heidi's stuff and a bit of Natalie Shaw's stuff and headed out. We got as far as Baton Rouge and spent the night. In the morning, we resumed our drive. By dinner time we were in Greenville, SC to drop Natalie's stuff. By 10pm we were in Salisbury at Heidi's dad's house.

The next morning, we grabbed some breakfast, unloaded, returned the truck, then got Martin to the airport for his flight to Providence where he's picking up a truck and a couple dirt bikes.

Then he's driving to Cincinnati to pick up another truck, then to St. Louis to get another dirtbike, then it's to Guatemala again (via Houston). He's got a grandbaby on the way, so he's interested in getting home.

Update: please keep Martin in your prayers. We got a call from someone this morning saying that they found his cell phone in a BP station in Ohio. Martin now has no way to get in touch with anyone, as most of his numbers are in that phone. He doesn't really speak much English and really hesitates to impose on anyone, so we're a little afraid he's just going to skip a necessary part of his trip to get back to Houston as to avoid asking for any help.

Anyway, we're now at the beach - at Heidi's aunt's beach house (the same one where we got married) in Atlantic Beach, NC - for the whole week.... Isaac is playing with about 10 or so of his cousins and having a ball!

We don't have our computer with us, so we can't post pictures, but we'll try to do that this weekend....

Also keep the Fickers in your prayers as Leslie and Hannah are probably alone in clinic in San Andres this morning with well over 100 patients outside the door...
Posted by Agape In Action at 8:39 AM 1 comment: